Canada is one of the best countries where you can receive high-quality and internationally-respected education. Yet, the cost of tuition and living fees in Canada are generally lower than in other developed countries. The benefit of the relatively-low cost of higher education for international students can be added as there are many scholarship opportunities provided at Canadian universities, including those top 10 universities in Canada. 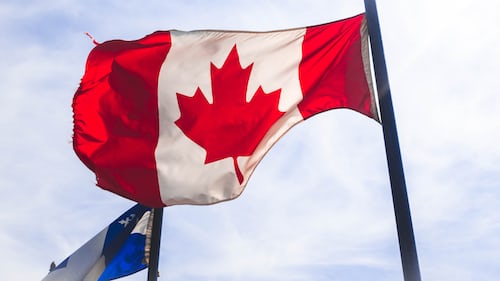 The University of Toronto (U of T or UToronto) is a globally top-ranked public research university in Toronto, Ontario, Canada. It was founded by royal charter in 1827 as King’s College, the first institution of higher learning in the colony of Upper Canada. The University assumed the present name in 1850 upon becoming a secular institution.

UToronto is commonly ranked as the best Canadian university, according to various major publications, and is ranked 22nd by Times Higher Education. The University is committed to being an internationally significant research university, with undergraduate, graduate and professional programs of excellent quality.

UToronto offers scholarships and awards to students with academic excellence, community engagement and creative accomplishments. There are two types of scholarships offered annually:

Admission Scholarships are for those individuals who are applying to the University for an undergraduate degree program. Eligible high school students are automatically considered for a variety of admission scholarships when they apply to UToronto. Awards and cut-offs vary by campus, faculty and college.

There are also admission scholarships that require a separate application, and others that require you to complete an awards profile.

In-course Scholarships are available to students currently registered at the University of Toronto. Top students will automatically be considered for most of these awards, but be sure to browse through the various opportunities, as some do require applications.

Awards are also offered through various external companies and agencies. Questions regarding these awards should be directed to the awarding organization. Visit www.future.utoronto.ca/finances/scholarships for further details on the scholarships, or www.utoronto.ca to learn more about UToronto.

Canada’s most international university, McGill is located in vibrant multicultural Montreal, in the francophone province of Quebec. McGill University is a public research university, established in 1821 by royal charter, granted by King George IV. McGill is recognized around the world for the excellence of its teaching and research programs. It is ranked 33rd by QS World University Rankings.

McGill is made up of 11 faculties and 7 schools, covering everything from law, to music, to religious studies. The University offers more than 300 programs of study on two campuses, which consists of undergraduate, graduate and postdoctoral, and continuing studies.

McGill is committed to supporting its students in every way possible – which is why it offers scholarships to its future and current students. McGill offers merit-based entrance scholarships and need-based entrance financial aid, along with other funding programs. All new first-year students are eligible to apply, regardless of their citizenship.

There are two types of centrally-administered entrance scholarships for undergraduate studies:

Certain faculties at McGill also offer their own faculty specific entrance scholarships. These faculties include Music, Dentistry, Law and Medicine. Supplemental funding are also available to those who are awarded an entrance scholarship but still require funding for their studies at McGill. These financial assistance packages may include Government Aid, McGill Work Study Program, and McGill financial aid (loans and bursaries).

Numerous external awards are also available every year from a host of associations, corporations, organizations, and foundations. Visit www.mcgill.ca/studentaid for more information.

UBC offers undergraduate and graduate students an unrivalled choice of degree programs at its two campuses and affiliated teaching hospitals. UBC provides a wide range of choices for learners at all stages of their careers, and the University’s commitment to student engagement and success has made it a leader in applying learning research to improve teaching practice.

UBC is dedicated to recognizing outstanding students for academic excellence and leadership. Therefore, the University provides merit-based and need-based awards and scholarships to both Canadian and international students. The available scholarships and awards for Canadian students are:

As for international students, UBC provides two types of merit-based awards. You will automatically be considered for these merit-based awards as soon as you receive an offer of admission to UBC. Consideration is based on your demonstrated academic achievement and your extracurricular involvement.

The International Major Entrance Scholarships (IMES) are awarded to exceptional international students entering undergraduate programs at UBC. Students receive their IMES when they enter their first year at UBC, and the scholarships are renewable for up to 3 additional years of study.

The Outstanding International Student (OIS) Award is a one-time, merit-based entrance scholarship awarded to qualified students when they are offered admission to UBC. Students selected for this award show strength academically and display involvement outside of the classroom.

Further details regarding UBC and its scholarships can be found at www.ubc.ca.

The University of Alberta (UAlberta) is a public research university located in Edmonton, Alberta, Canada. Founded in 1908, it is a Top 5 Canadian university, and one of the Top 100 in the world. UAlberta comprises 4 campuses in Edmonton, the Augustana Campus in Camrose, and a staff center in downtown Calgary. It has 18 faculties and two affiliated colleges, and is home to more than 500 graduate programs, 200 undergraduate programs and 450 active student groups.

UAlberta is dedicated to supporting students financially and recognizing their achievements throughout their degree and upon graduation. Therefore, the University offers scholarships and awards to its undergraduate and graduate students. The Office of the Registrar administers over $28 million in scholarships, awards, bursaries, and emergency loans to undergraduate students each year. Additional funding and resources are also available from external sources. These scholarships vary by categories:

UAlberta also has a wide array of awards, scholarships and prizes to assist in funding graduate studies. These awards, scholarships and prizes are awarded to outstanding applicants, and are funded by a variety of sources including the Government of Canada, Government of Alberta, and the generosity of the university’s many donors. Some awards are exclusive to specific programs.

Visit the Scholarships and Awards page for further information. Learn more about UAlberta at www.ualberta.ca.

McMaster University has gained an international reputation for the innovative educational programming offered by each of its six academic faculties: the DeGroote School of Business, Engineering, Health Sciences, Humanities, Social Science, and Science.

Every incoming first-year students is automatically considered for McMaster’s President’s / Honors Awards. These entrance awards do not require a separate application. Scholarship values are based on the student’s final admission average to program.

McMaster also offers three indigenous entrance awards, whereby the students can receive up to $80,000 when starting their first year at the University. The three scholarships are:

The Schulich Leader Scholarships are also offered at $100 million in 50 undergraduate scholarships each year. These awards help the most promising students pursue their dreams and become the next global pioneers in Science, Technology, Engineering and Math (STEM).

Further details on funding your education can be found at www.mcmaster.ca.

The University offers scholarships to both its domestic and international students. The scholarship directory is the ideal reference to learn about scholarships for which you may be eligible. There are over 5,000 sources of financing offered by Udem, businesses, foundations and a range of public and private organizations. You would be surprised by the number of possibilities open to you, particularly at the graduate level.

For international students, certain scholarships allow for a considerable reduction in tuition fees, namely the Exemption from Differential Tuition Fees award. Several sources of financing may also be offered by your country of region.

The University of Waterloo (UWaterloo) is a public research university with a main campus in Waterloo, Ontario, Canada. Established in 1957, is a member of the U15, a group of research-intensive universities in Canada. The University is most famous for its cooperative education programs, which allow the students to integrate their education with applicable work experiences. It is ranked among the top 200 universities world-wide, and is ranked 1st in Canada for computer science and 2nd for engineering.

UWaterloo has many internal awards for graduate studies, some of which are made financially possible through donations from the public sector and private donors. To look for awards for which you may be eligible, visit the Graduate Studies Graduate funding and awards database.

For more information regarding the University of Waterloo, visit www.uwaterloo.ca.

Western appeals to students with a broad world view, those seeking to study, engage with and eventually lead in the global community. Students from more than 100 countries share in classroom experiences that broaden personal perspectives and understanding. Beyond campus, students are engaged in a variety of international study-abroad, research and volunteer opportunities. Through 11 faculties, a school of graduate and postdoctoral studies, and three affiliated university colleges, this vibrant center of learning offers its students more than 400 specializations, majors and minors as well as innovative modular degree structures allowing students to combine numerous disciplines.

Western places great importance on helping students finance their education, therefore it provides scholarship opportunities to both Canadian and international students. The University provides funding support packages for eligible research-based Master’s and PhD students to help off-set the cost of full-time graduate enrolment.  Funding support packages can be comprised of funds from a variety of sources and can differ from student to student. Funding sources include research grants, scholarships, and part-time employment such as teaching or research assistantships.

There is also external funding, which is generally obtained by the student via an application for grants and fellowships offered by provincial or federal governments, foundations or other agencies. These applications may be accepted prior to a student beginning their studies or during their graduate studies.

Further details can be found on the Funding & Fees page. For more information about the University, visit www.uwo.ca.

The University of Calgary (U of C or UCalgary) is a public research university located in Calgary, Alberta, Canada. UCalgary started in 1944 as the Calgary branch of the University of Alberta, founded in 1908, prior to being instituted into a separate, autonomous university in 1966. It has been ranked amongst the world’s top universities – also holding a spot as one of the top 10 universities in Canada. UCalgary is composed of 14 faculties and over 85 research institutes and centers across five campuses – four in Calgary and one in Doha, Qatar.

Search for graduate scholarships on the Graduate Awards Database. For more information regarding UCalagary, visit www.ucalgary.ca.

Queen’s University at Kingston is a public research university founded in 1841, and is located in Kingston, Ontario, Canada. Queen’s is one of Canada’s oldest degree-granting institutions, and has influenced Canadian higher education since it was established by Royal Charter of Queen Victoria. The University balances excellence in undergraduate studies with well-established and innovative graduate programs, all within a dynamic learning environment.

Queen’s is a full-spectrum, research-intensive university that conducts leading-edge research in a variety of areas, including:

A variety of financial assistance programs are administered by the Student Awards Office to help students finance their Queen’s education. All programs are designed to supplement, not replace, a student’s and their family’s contributions.

Admission awards are also offered at Queen’s. These awards include:

Browse the right scholarship for you on the Student Awards page. Visit www.queensu.ca for further details on the University.

Complete Resources to Get Scholarships in Top 10 Australian Universities The Complete List of CSULB Scholarships for Students of Any Levels